Hope you all are doing great… I am back with another travel post… Moscow (South Russia).

This time I am super-duper excited to share all my experience which I have come across during my trip. It’s very important to be a traveller than a tourist when you visit any new destination and yes, I always like to do that. This is my 3rd trip to another country. I have taken a 4 day and 3-night package from a travel agent and modified trip as per my requirement. So, my dear angels let’s start with our trip to Moscow.

After a long 6 hours flight, finally we have reached to destination Moscow around 9 Am in morning at Domodedovo International Airport. We had a stay in Hilton Garden Inn Moscow Krasnoselskaya and were supposed to get room by 2.00 in noon, so we had a Moscow city tour planned straight after our arrival to Moscow. I know it sounds hectic but when a small kid inside you is excited to explore new places then who cares. So, I quickly got ready and headed to our planned city tour… 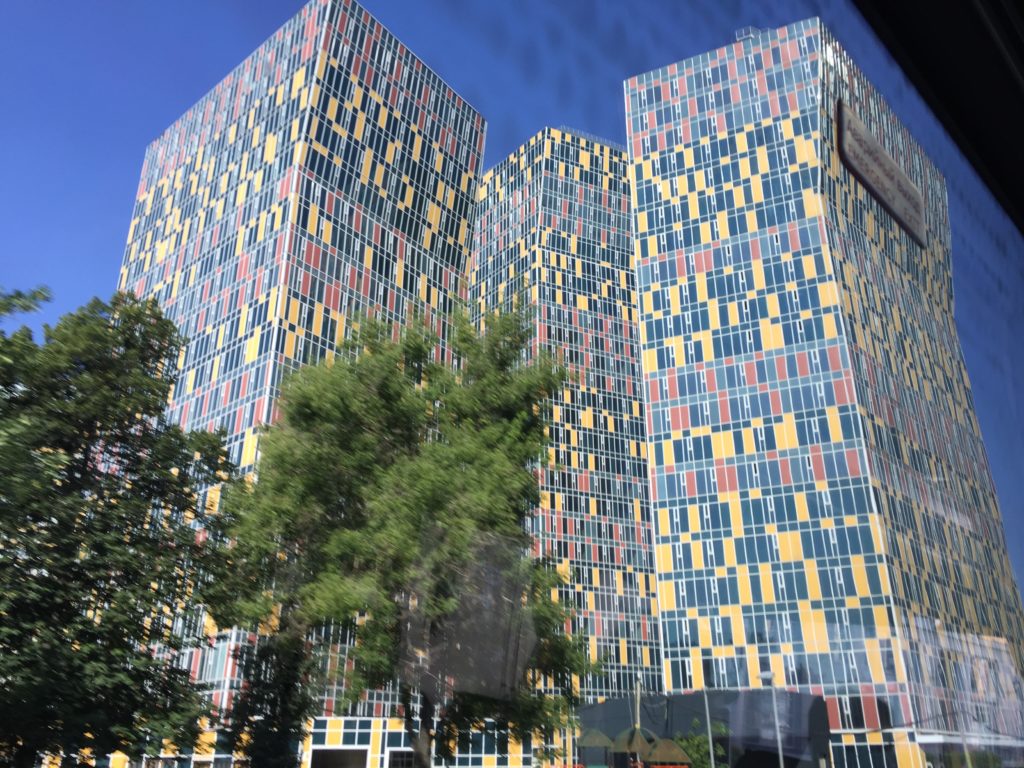 Well frankly speaking I hate city tour they show you major places in vehicle itself where you can’t take pictures properly and its very hasty. But the positive side is that you are made aware of the city with this quick tour and it’s easy to relate places you have planned to visit latter on. Our guide has given us brief intro about Russia and specially about Moscow and the tradition/ Culture they follow. Well you will be shocking to know that there are 600 churches/ Cathedral in Moscow itself. Also, it has been called as golden ring city which is in a circle and all domes are in golden. And I really liked the way they say and show respect towards “Peter the great” and call themselves as “Moscovite”. Also, the thing you will notice in Moscow is that there are more working women who take care of their families. 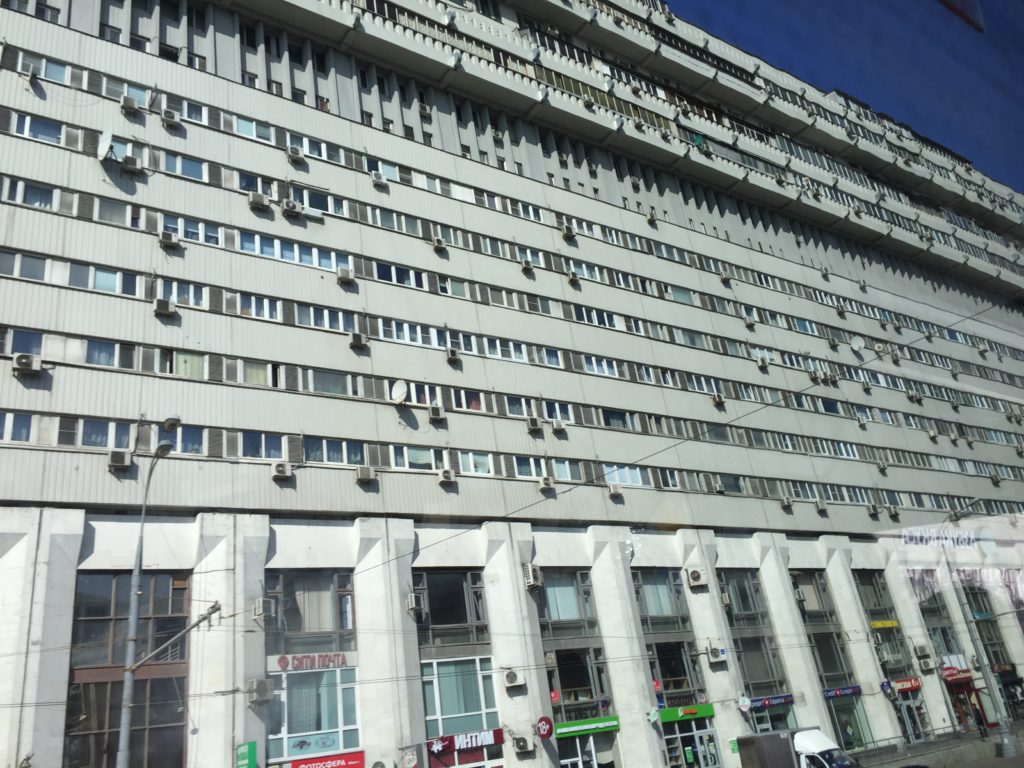 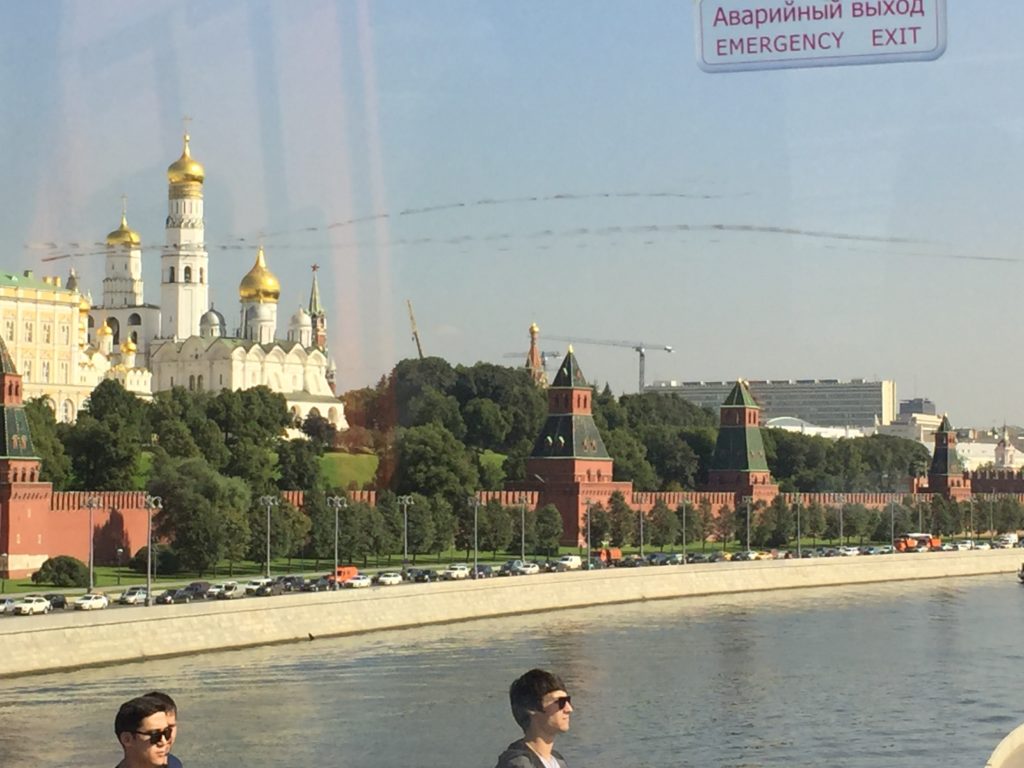 While heading towards Red square we have covered few things itself seating in vehicle like old constructed building, Novodevichy Convent, Monument to Marshal Zhukov, Karl Marx Monument, Solovetskiy Stone, St. Basil’s Cathedral and Gum mall followed with Red Square which is a major attraction. Red square was closed due to certain events taking place as school children were celebrating their new year. Unfortunately, we had to cover Red square from outside only. 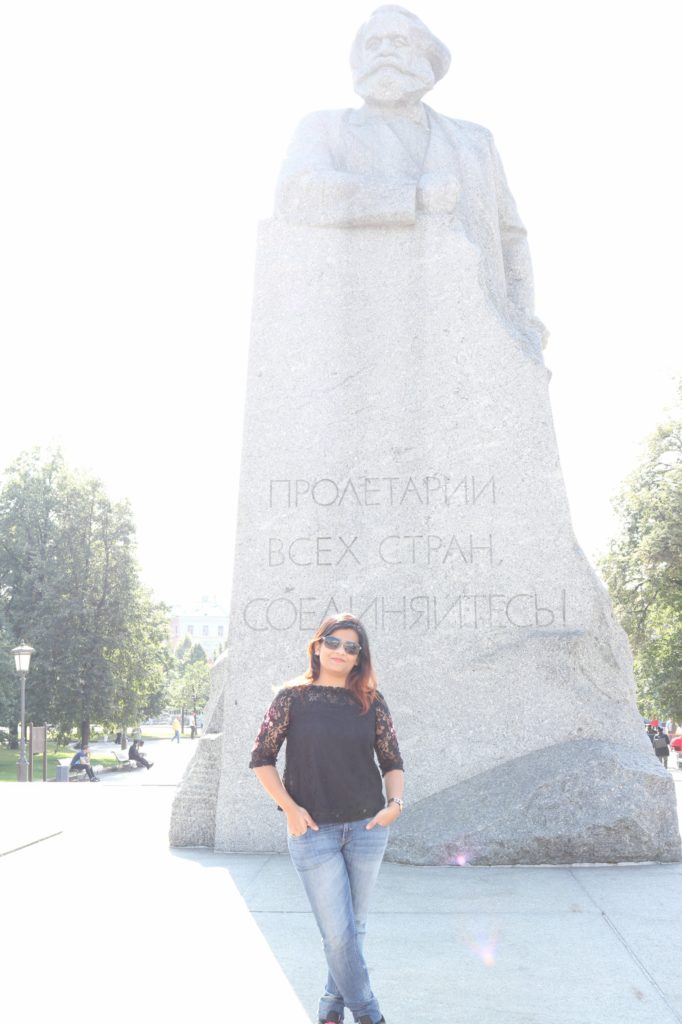 We had visited Gum mall which is close by to Red square and there we had an ice-cream which is famous and best seller for 50 Rubels. It’s a Nice break after a tiring walk. We had lots of photo-shoot near with people and places, this is how we collect memories and cherish it. After a 1 hour walk at Red square we headed to our hotel. 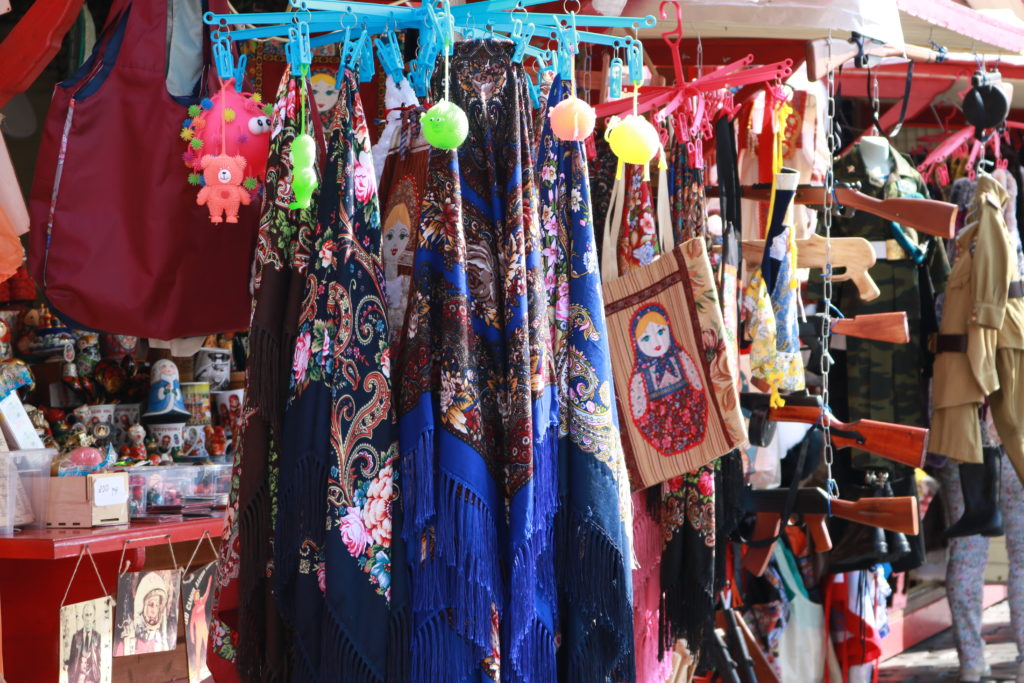 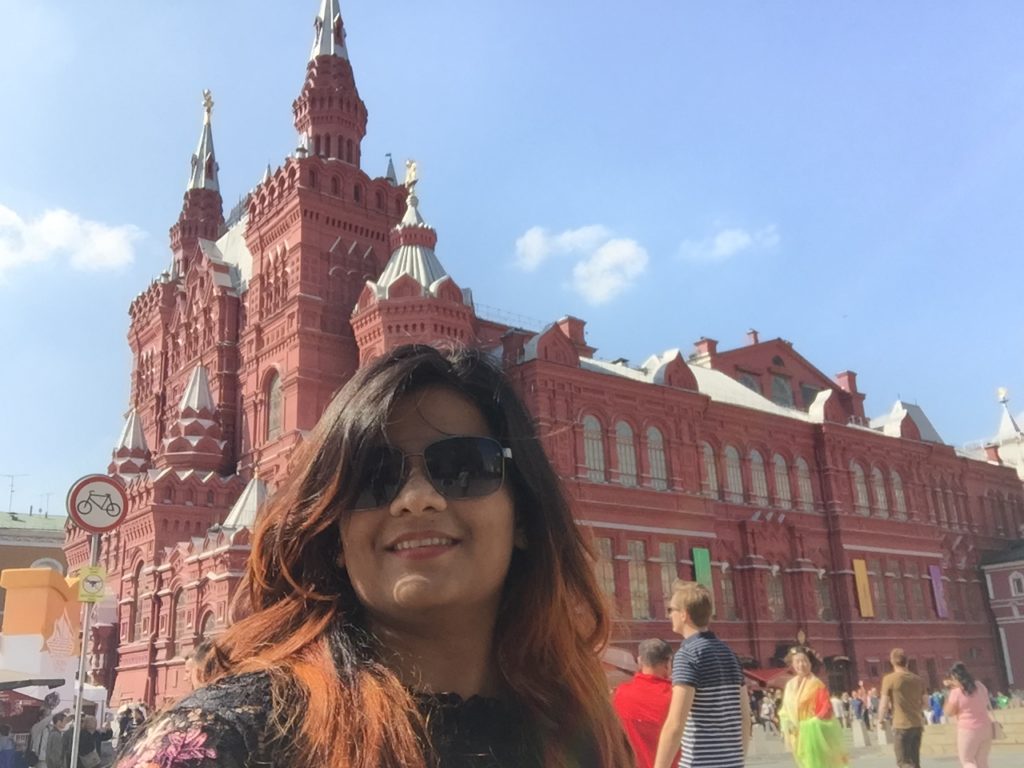 In evening we had to visit Old Arbat street that too by metro as I have surfed a lot about it and most people have reviewed to travel from metro to have a good experience and it is one of the oldest built metro station. Well the only difficulty we found was in language as most of them don’t know English. But I must say this people were so helpful toward us and guiding us through gesture/ body language. Also, I am thankful to Receptionist of our hotel she has guided us the route very well. 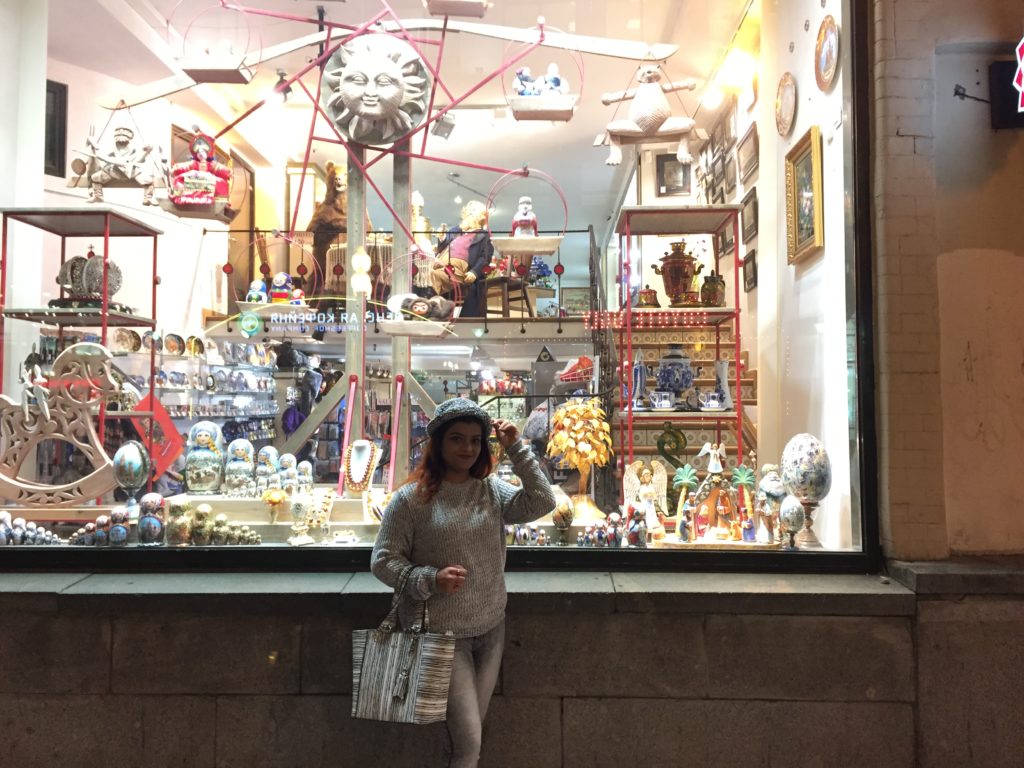 The fun of exploring new place is always by walking, so we did the same. We walked from our hotel to metro station to our destination heading towards Old Arbat street. There was guy we meet him at metro station who has helped us and took us till that street as he saw us struggling with the language. I clicked many pictures and videos while walking towards that street. People are terrific… there is open music played on street and people love to dance in their own way… What a cheerful crowd, vibrant and energetic atmosphere…in-short you start feeling that you are part of them… Couples holding hand, boys carrying their ladylove on their shoulder, in their arms and it was so happening… The entire street was busy with guitarist, magic show, dancers, singers, painters, etc. You feel so good to see them enjoying things in their way and in their own style. As we were carving for food specially veg food, we encountered a hotel and they have prepared delicious food for us. 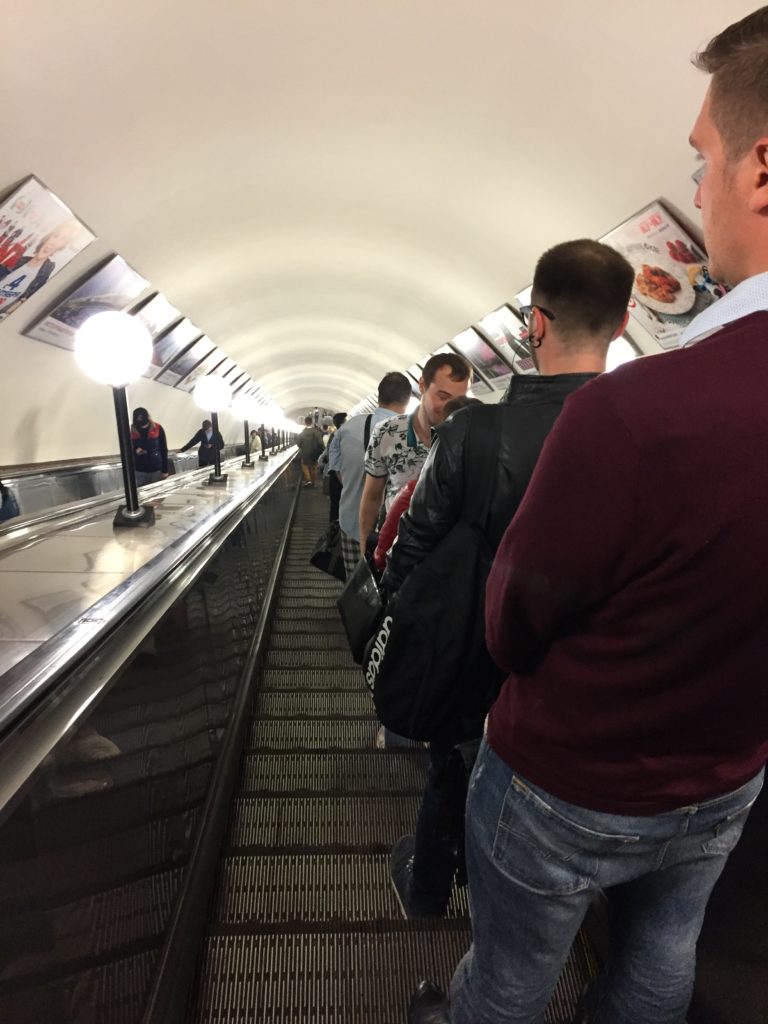 My entire day was so memorable made by this people… It’s a stated fact that sometime more than a place, people make a difference and add more moments to your memories. I felt like they have opened their arms to welcome us and were so excited to see Asians in their city… I do remember when we were heading back to our hotel after tiring day, there were few people walking on street and greeting us with smile saying “namaste”. I guess this moments are more memorable than places. I really loved this Moscow whites, so kind, warm hearten and nice people.

I hope you enjoyed my day 1 journey. Till then be optimist, be happy, as life is precious and comes with lots of Surprises. Take care…

There is nothing more beautiful than the way the o

Hey birdies Hope you all are doing great. Finally

As the monsoon has knocked the doors of my heart,

Hey birdies, Hope you all are doing great and plea

#tb to one of my most beautiful trip to #serbia

🔊Product Review- 🔹As we all know this palet

Pregnancy is such an amazing and blessed phase to

Seeing this fruit “Jamun” takes me back down t

There is no greater blessing than having a baby, G

Here my first impression on Almond foot mask from

As the winters are started the first thing start s